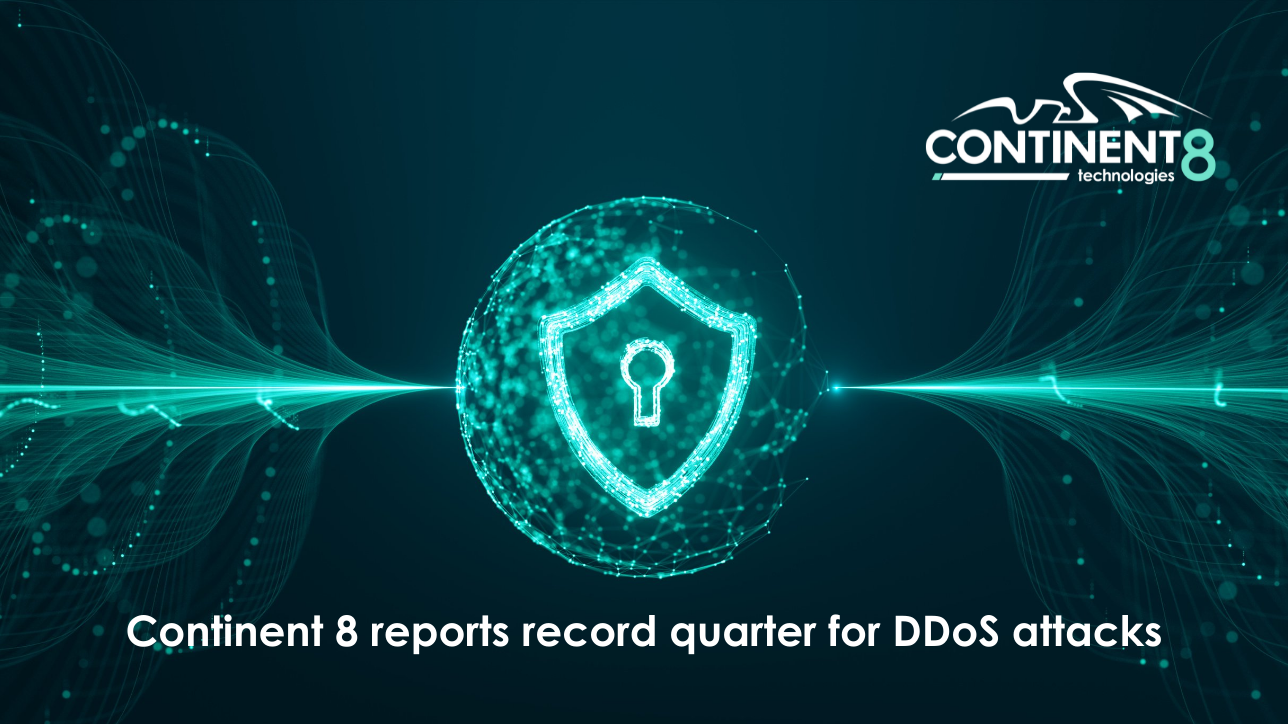 We blocked 546 DDoS attacks in Q3 more than double the 240 blocked in the previous quarter.

Our latest statistics show the number of DDoS attacks more than doubled in 3Q21 compared to the previous quarter. Our expert security team has been closely monitoring the threats and have analysed the data for the period 1 July – 30 September 2021.

The stats relate to 25 of our customers based in different locations around the world. Key highlights include:

Our latest statistics align with wider trends that show a steep rise in the number of cyberattacks being launched against business and organisations around the world, with DDoS and Ransomware the most prevalent methods of attack.

Craig Lusher, Senior Product Specialist – Secure, at Continent 8 Technologies, said: “During the third quarter of 2021, Continent 8 has blocked a record number of DDoS attacks and the increase in frequency, size and sophistication is clear to see.

“For the first time, most attacks were more than 10Gbps in size opposed to under 10Gbps for every other period on record. The increase in attacks and repeat attacks, which we define as multiple attacks occurring against the same customer within 24-hours, align with wider global trends.

“Interestingly, the most popular attack vector was UDP floods. In addition, most attacks encountered were attacks where the received PPS (packets per second) for UDP traffic exceeded the threshold for a /32 address range.

“Thresholds were also breached multiple times for received TCP PPS against a /32 and the high ratio of SYN packets compared to other.”

Globally there has been a significant rise in the number of cyberattacks over the past 12 to 18 months. No business is immune and companies and organisations of all shapes and sizes are being hit by increasing sophisticated and sinister attacks.

In fact, the average cost of a data breach in 2020 was $3.86m. This is a staggering figure and one that should prompt you to ask the question – is your business protected?

We have more than 20 years’ experience in protecting the world’s most valuable information, making us the leading provider of cybersecurity solutions to the iGaming industry. This includes effective and scalable protection against DDoS attacks.

Our proven platform is one you can rely on with a capacity only matched by the largest DDoS providers on the planet. Learn more about our DDoS solutions here