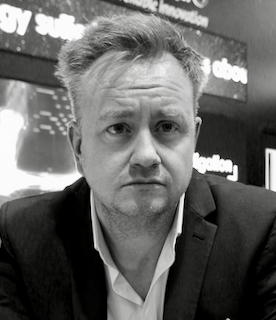 What’s Next for Gaming in Malta – Continent 8 Technologies has enjoyed a mutually beneficial relationship with Malta since 2003, even prior to the formation of the then Lotteries and Gaming Authority. At that time, Malta successfully positioned itself as a ‘gateway to Europe,’ being the first EU member to license and regulate online gaming. Malta also had significant international ambitions and its government and the private sector stakeholders successfully created a value proposition for the online gaming market. According to the Malta Chamber of Commerce, Enterprise and Industry, the gaming sector in Malta has grown to represent some 12% of the island’s GDP, making Malta a global gaming hub. Subsequently, we have seen dramatic regulatory, market and technological change, which has had an effect on our Maltese-focused operations and customers.

Regulatory change: As technology continues to develop, regulations in both the EU and Malta have changed, with concomitant effects on infrastructure, operations and management. Some regulating EU states have imposed or created “data safe” or local data replicas, and while infrastructure could remain in Malta, this poses an additional burden. Some regulatory change which isn’t technological or operational has influenced market change.

Market change: New entrants are rarer, certainly on the EU-wide B2C operator basis, and significant M & A activity has resulted in more enterprise or fewer large companies. Some of this has been driven by the need to scale to meet regulatory pressures and maintain margins, some due to aggressive growth strategies. In many cases, this results in a technological change or refresh, in some instances leading to the closure of operations or infrastructure locations in favour of growing an existing alternate location. This hasn’t always been directly beneficial to Malta, but sometimes it can result in use of existing infrastructure and operations in Malta.

Technological change: New entrants to the market tend to be smaller and more content or B2C-focused. Their desire to come to Malta is good news for the island. Many of these start-ups utilise cloud to minimise the investment and provide scale.

From a technological perspective, change is often led by growth or renewal projects, where new risks or challenges inform the overall design. Having a growing global offering grants choice and flexibility to meet these challenges and create new infrastructure designs to support the industry in Malta. This year alone there has been significant change, including enabling companies to create infrastructure deployments in global high peering locations, acting as a global “engine;” and extending this to Malta with dedicated infrastructure or public cloud to provide regulatory data. Particularly useful to sportsbook operators, provisioning secure connectivity to hyper-scale cloud providers, such as AWS and Azure, has enabled “burst” infrastructure access or global front-end service delivery.

Times are changing for the industry but in the past 16 years, Malta and Continent 8 have developed solutions to the challenges that arise. As we look ahead to the promising opportunities for the gaming sector, our commitment to Malta is just as strong now as it was in 2003.